In this episode of 80 Days: an exploration podcast,  we’ll be talking about Liechtenstein,  a tiny European principality, sandwiched between Switzerland and Austria that is still ruled by the same family since the early 18th century. In a small valley towards the beginning of the mighty Rhine river, it was frequented by the Romans and incorporated into the empire before that all went sideways and the Vandals earned their name. After passing through the infuential spheres of central Europe through the centuries they were eventually taken over by the Liechtenstein family in a bid to get more favor with the Austro-Hungarian Empire (which worked a treat as it happened.) They side-stepped the devastation of World War 2 and spent the latter half of the 20th century becoming a financial services powerhouse, while also making a surprisingly successful go of manufacturing – dentures and drills in particular. Builders drills. Not dentists drills. Though there’s a business plan in there somewhere. 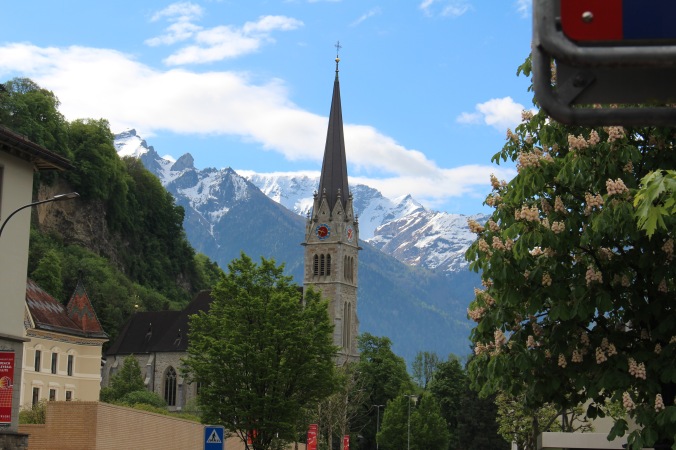 Your hosts are Luke Kelly @thelukejkelly in Hong Kong, Mark Boyle @markboyle86 in the UK, and Joe Byrne @anbeirneach in Switzerland/Liechtenstein. (Theme music by Thomas O’Boyle)

In a break from our normal desktop research, we sent the intrepid Joe Byrne into the field with the savage Liechtensteiners to risk his life in doing some field research. Turns out it’s super safe and lovely. Who knew? Well you did if you listened in, as well as the chilled out nature of the locals and how normal it is to just run into some royalty if you live there.

Proof of Joe’s expedition below- 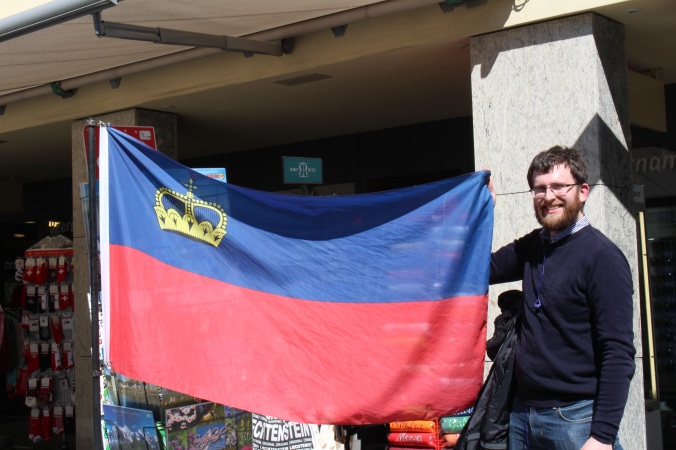 That’s Joe there, showcasing the Liechtenstein flag like a boss.

Above are a selection of photos from Liechtenstein, including the Roman ruins and the bronze Celtic figurines discussed in the episode. More photos can be seen here.

Here are some HOTLINKS (guitar solo here) to give you all the extra background you apparently weren’t sufficed with in our mega-bumper podcast, you info-hungry maniac:

Some music associated with Liechtenstein:

Thanks to Sarah O’Farrell and Niall O’Leary for your support on Kickstarter and Sinéad Dowling who helped our man on the ground Joe Byrne with his visit and research. Thanks too to Martin Meier for a useful conversation and Donat Büchel, curator of the Liechtensteinische Landesmuseum for some assistance. Special thanks to students Julia and Sebbi from the Liechtensteinische Gymnasium (High School) for a long and informative interview – they make videos that can be found on YouTube.

Thanks too to our sponsor Hairy Baby, who in addition to making the funniest Irish-themed t-shirts, have also produced the official 80 Days shirt for our supporters. Find it by clicking here. You can get 10% off anything on www.hairybaby.com by using our promo code “80DAYS”.