In this minisode, Mark takes us further than we’ve ever been before, in a story that’s out of this world! From Houston, Texas, in 1968, we tell the story of the USA’s space programme and how Christmas came to be the backdrop to the first voyage by humans around the moon. Often overshadowed by Apollo 11’s Moon Landing a few months later, Apollo 8 laid vital foundations, and took place during the festive season, watched by millions of families around the world.

The most significant source for Mark’s (@markboyle86) script was Jeffrey Kluger’s book “Apollo 8: the Thrilling Story of the First Mission to the Moon“. You will hear the voices of Joe (@anbeirneach), and Luke (@thelukejkelly) as well.

In addition to our theme music by the talented Thomas O’Boyle, this episode featured a lot of music and sound effects, graciously made available for free by contributors at FreeSound.org, and Free Music Archive for use under a Creative Commons license, by attribution.

The pieces of music you heard under the text were “Swiftwind” and “Expectations” by Lee Rosevere, Kai Engel‘s “Interception“, “Holiday Gift” and “Brand New World” (the latter two from his Christmas album Sustains), and “The Healing” by Sergey Cheremisinov, all available under Creative Commons: By Attribution 4.0 Licence. Tristan Longherin’s ambient sound “Spaceship Atmosphere 01” and hello_flowers’ “Hypnotic Heartbeat Atmosphere” were also used in this piece under Creative Commons Licenses. Thanks to those artists who make their work available for podcasters like us. The version of “O Come O Come Emmanuel” that is heard in the minisode was uploaded by Mystery Mammal and is in the public domain.

If you want to hear more archive audio from the mission, highlights have been made available on the Internet Archive here. 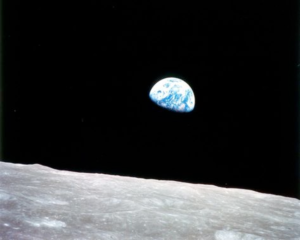