In this episode of 80 Days: an exploration podcast, we return to Cuba to bring its story from the Castro Revolution, right up to the modern day. As US-Cuba relations have been in the news this week, it’s impossible to keep up with all the twists and turns, but we do our best. If you haven’t already listened to Part 1 of this episode, we recommend listening to that first to see how we got here. Cuba is an island in the Caribbean Ocean, just 90 miles south of the US state of Florida. Cuba is home to over 11 million inhabitants. Cuba gained independence from Spain in 1902, but soon fell under US influence and became a playground for the rich and powerful; this was particularly true following the 1952 coup that brought Fulgencia Batista to power. Following a turbulent revolution which spanned almost the entire 1950s, the Communist Party of Cuba, under the leadership of Fidel Castro, took control of the country in 1965. Although poverty is widespread, modern Cuba has an outstanding health care and education system and relations with the US are currently beginning to thaw after a protracted embargo that has been in place since the 1960s. Since Cuba has an awful lot of history, particularly in the 20th Century, we decided to split this episode into two parts: this is the second part.

Your hosts are Luke Kelly @thelukejkelly in Hong Kong, Mark Boyle @markboyle86 in the UK, Joe Byrne @anbeirneach in Switzerland and – as a new voice for regular listeners – we’re joined in this episode by Erin Barclay in the USA. (Theme music by Thomas O’Boyle). 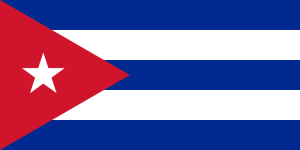 A massive thanks to Andrew Brogan and Crystal, two of the backers of our recent Kickstarter Campaign – thank you for making Season 2 possible. Thanks too to our sponsor Hairy Baby, who in addition to making the funniest Irish-themed t-shirts, have also produced the official 80 Days shirt for our supporters. Find it by clicking here. You can get 10% off anything on www.hairybaby.com by using our promo code “80DAYS”.